Is Samsung making a WP7 version of the Galaxy S II? 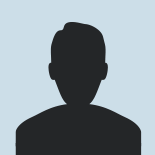 Samsung, one of the big backers of Google’s Android, is rumoured to be creating a Windows Phone 7 version of the massively popular Android-powered Galaxy S II, after clues have emerged online hinting at its creation.

Found on OccasionalGamer’s cache, the site lists a “Samsung SGH-i937” being recorded. In addition, the phone is said to be running on the upcoming version Windows Phone 7.5 Mango after a Bluetooth profile, according to WMPowerUser, looks exactly the same for other Mango-powered devices.

Of course, Samsung has also made phones for Windows Phone 7, but with this it now hints at a Mango phone. In addition, if it were to feature the exact same specs as the Samsung Galaxy S II, then get ready to see a 4.3-inch AMOLED display, 1GHz dual core processor, 1GB of RAM, an 8 megapixel rear camera and a 2 megapixel front-facing camera. Essentially – it, with Nokia, would give a big boost to Windows Phone 7’s hope to competing against Android’s high-end phones.

Though this move could be a way in order to combat a threat from Nokia resurging back into the marketplace with its Windows Phone 7 deal. In fact, the deal sees Nokia having much more customisation ability than its competitors and providing much of its technologies – such as its far-superior mapping application to the phone. Samsung, however, could overshadow this if it continues providing excellent hardware to its phone – something that Nokia is doing as well. However, the look of the phone isn’t good when compared to the Finnish phone maker.

For Microsoft, however, any phone that looks good and performs excellent under its OS – then Windows Phone 7 could compete against the others.