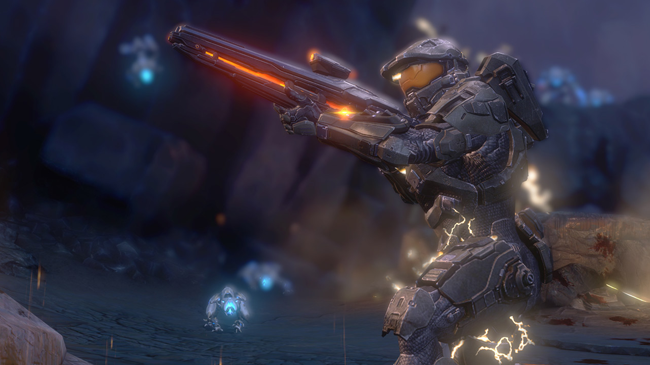 343 Industries let the media go crazy in their base back in Seattle, and while we were not one of the lucky invitees, we have been given more news about Halo 4 – including the campaign missions, Spartan Ops and the all new War Games mode. Let’s kick it off with some campaign news, shall we? (AND yes, this does contain spoliers. Be warned!)

Two main missions were featured in the small clips we were shown, the first one being the very first mission of the campaign, Dawn. Dawn features the Chief’s waking up after 4 years and 7 months floating adrift in space aboard the Forward Unto Dawn following the destruction of the Ark at the replacement Halo 04 ring from Halo 3’s campaign. Awoken by Cortana the Chief quickly finds himself fighting back waves of Storm Covenant. Wait what? Storm Covenant? Yes the Storm Covenant, these particularly annoying faction of the formerly united Covenant are made up of extremist elites who have rallied loyal jackals, grunts and hunters to there cause (see my previous posts for more info) and appear in the first mission of the game as you attempt to escape from the Dawn. 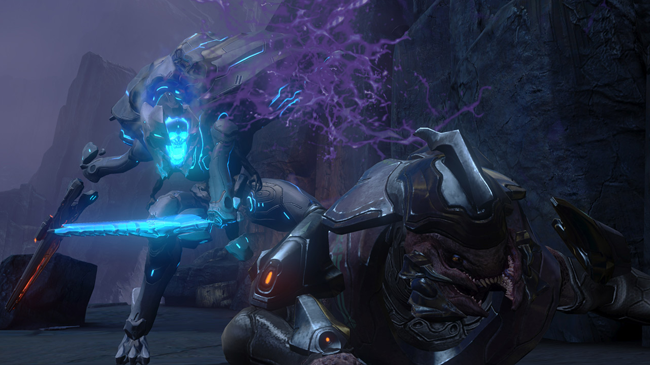 The second featured mission appears to be around the 2nd or 3rd mission of the game. Meaning it could be the mission Requiem or Forerunner respectively. This however does appear to be one of the first of Chief’s interactions with the blue-coloured Prometheans who are simultaneously fighting the Covenant forces. We also get a sneak peek at some rather awesome assassinations of both elites and Promethean Knights.

We also learned a little more about Spartan Ops, where you play as a team called Crimson Squad consisting of your very own Spartan IV from War Games. The series also follows the story of another squad called Majestic squad, and over the first 10 weeks after Halo 4’s launch the two squads stories will intertwine and eventually lead to a story equivalent in length to the main campaign.

To top it all off, some more War Games content came out. We’ve gotten an official announcement about the new gametype Dominion, which consists of capturing bases which gradually fortify themselves and spawn vehicles exclusive to the team in control of the base. Automated turrets are also another feature of this gametype. The idea is to capture all the bases and then eliminate all the remaining enemies.

Another gametype that has been leaked is the all new infection mode, simply called flood which involves 2 infected players going who appear as flood combat forms who go on to infect 10 humans. These flood combat forms have clawed hands and enhanced vision and mobility.

That’s all the info that came out from the Seattle press event. Stay tuned to TECHGEEK for more Halo 4 news!