Pixelated: Google has found its glue

The next big OS is the internet. Here’s what Google’s doing to make sure of it.

Google’s always been known for their lack of unity, internally and externally, with their products and teams. Whether it’s ideas like Buzz and Google+, from completely different departments, mixing functionality, and both completely missing the mark, or services left to gather dust, Google has always found itself with pieces of a puzzle that just can’t find eachother. But, by the looks of things, Google’s finally found a direction, and it’s racing to the starting line.

Obviously, that direction is the cloud. Yes, that new buzzword that everyone loves to use for anything that is stored on the internet. But behind the word, there’s a new breed of computers, and Google finally seems to have found a focus, and is also having ideas actually match, instead of products just feeling like disconnected pieces.

Around the time that Google Drive was officially revealed, I started to feel my distant craving of Chrome OS return. I’m not sure if I’m alone here, but sometimes, even with the weirdest things, I get tech cravings, with an example of this being webOS, and now Chrome OS. I’m in love with it.

And there’s a reason why this craving has returned: Google is finally moulding it’s occasionally disconnected products back together again, starting with Drive. And it’s got me very interested.

“Because, up until now, the cloud has been disconnected too. But that’s about to change.”
See, Google’s Chromebook’s weren’t very well received when released. And why should they have been? They were a quick-booting browser-only machine with, usually, just 16GB of local HDD space. No programs, just the web. It was insane. But at the time I was sure that was, and now I’m even more sure of it. Google just, as usual, had great ideas, but didn’t execute.

The idea felt poorly thought out at the time, but now it’s looking like Google did have a plan. What I’m rambling about is Google Drive being used as local storage on Chromebooks. It’s fascinating. Truly amazing. Whether or not this was just a new idea or not doesn’t matter, but when Google says that Chromebooks are nothing but the web, they mean it. And Google is making themselves the next big OS. Apart from it’s shortcomings, the internet will be the next big OS in the next 10 years.

But Drive integration is insanely simple idea, but it’s just never been done. Right now, when you save anything from the web, it goes to your computer. If you want to save it to Dropbox, you can. But you still have to explicitly say so. Otherwise, that file just stays on your computer. But the difference with Google Drive is that you’re constantly saving to the web. Not only can you never lose a file again, unless Google loses it, but you’ll never have to worry about whether something is online or not. Because it just is. 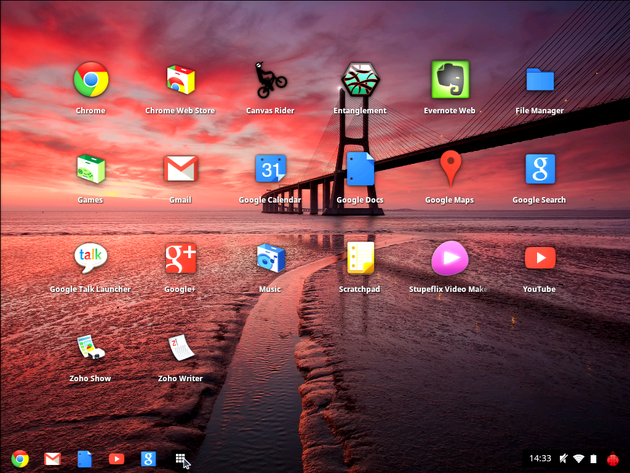 Sure, there are privacy problems, but I just find this idea amazing. And it’s made me really think that, while I cannot replace a desktop with a Chrome OS matching, I can truly replace a laptop.

Google, obviously, still has a long way to go. Picasa is still a weird mess, and could’ve easily been integrated into Drive, but for some reason wasn’t. Google Play looks weird, but still has some nice ideas, but also terrible ones. But Google Drive is Google’s future. And as soon as it’s integrated with every Google product, then I’m sold on the cloud.

Because, up until now, the cloud has been disconnected too. But that’s about to change.

Microsoft can do this. Apple can do this. But they won’t. The difference with Google is that they don’t want OS’s to live on your computer. They want the web to live. And soon, I believe that they will get their wish.

TECHGEEK Weekly 89: Does it have Beats?